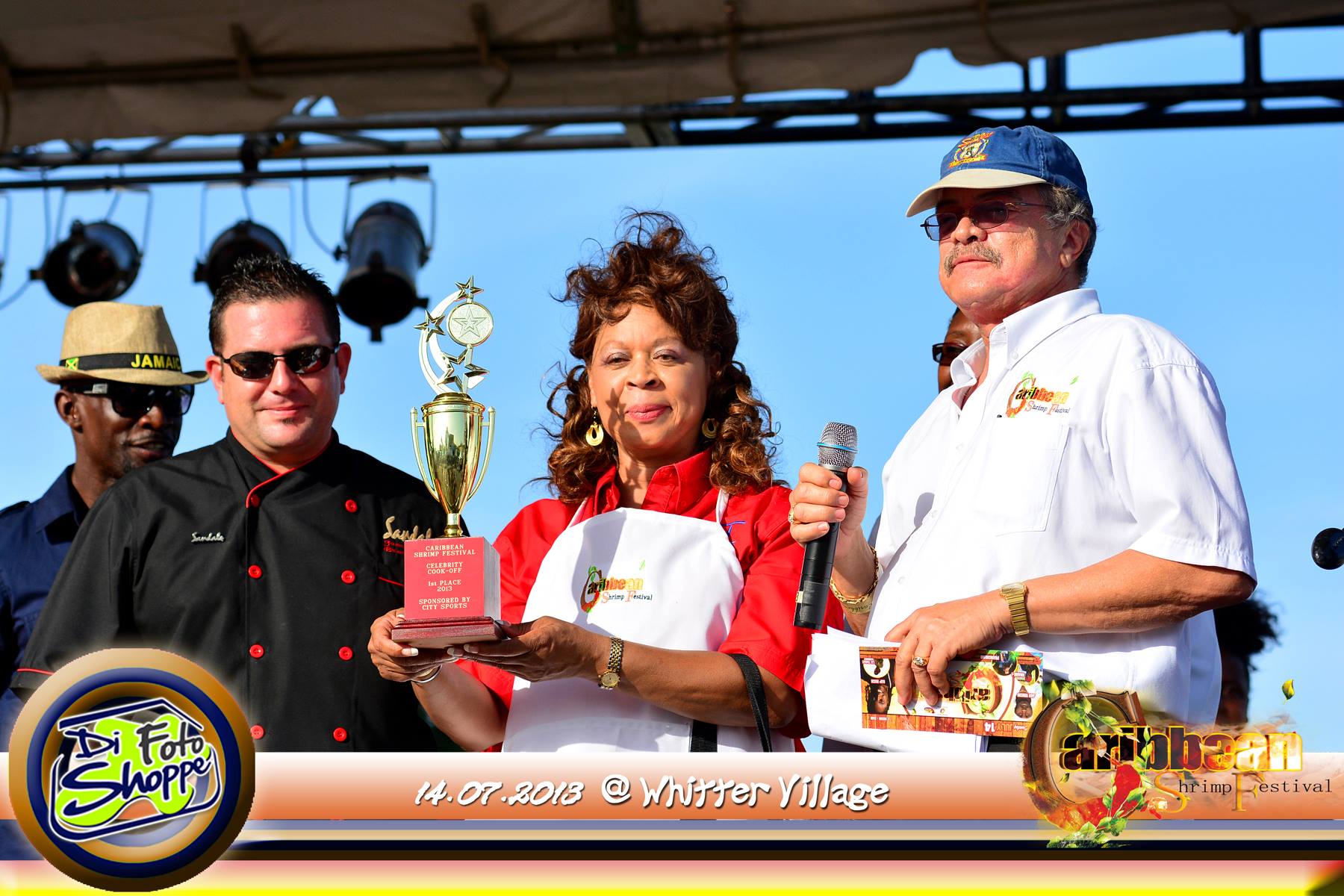 Dittie Guise, General Manager of the SMG/Montego Bay Convention Centre tickled the judges’ taste buds when she claimed the title of Celebrity Chef of the Year 2013 at this year’s Shrimp Festival in Montego Bay, this past weekend. She edged out 3 other contestants in the competition that involves cooking the most delectable Shrimp dish.

Shrimp lovers from around the city gathered for one of the most unique culinary experiences. The event, which took place at the Whitter Village, featured four extremely talented Montegonians, Janet Silveria Journalist, Ann Marie Robinson-Chin Designer and AJ Brown Entertainer along with Dittie Guise General Manager of the Montego Bay Convention Centre.

Dittie won first place with her Creole Shrimp invention. She revealed that she’s always loved to cook, and when asked what was her objective in entering the competition she confidently replied “to win of course”. This recipe that won her the competition came straight from the workings of her mind with a lot of planning and preparation.

The contestants’ dishes were judged by a very professional panel of 3 judges, including Chief Judge Robert Russell winner of the last year’s cook-off, Arlene Bingham and Corporate Executive Chef Juan Morrison. Guise “stellar performance” while making her Creole Shrimp, led the judges to a unanimous decision.