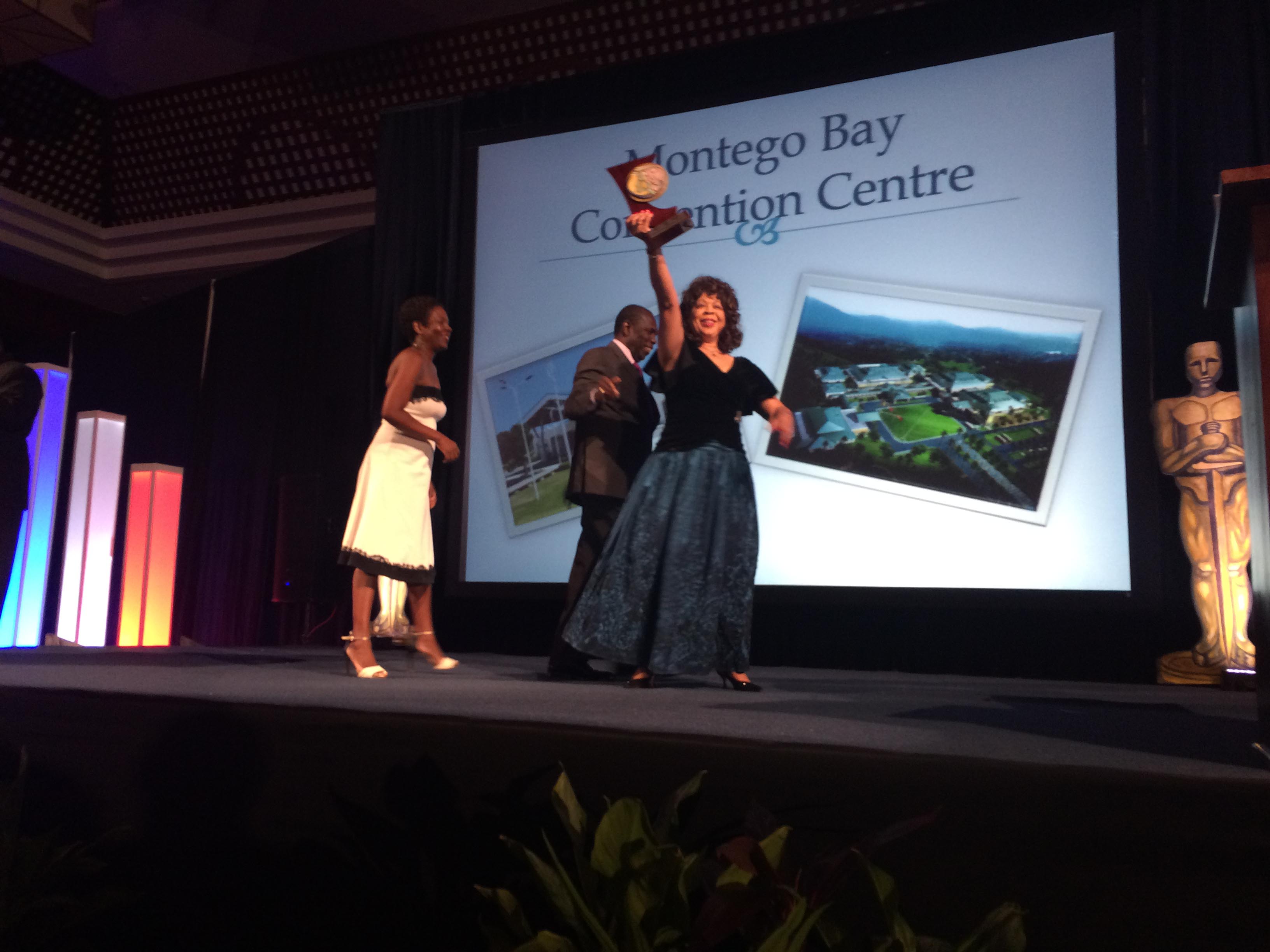 The Gleaner’s Hospitality Jamaica 10th Anniversary Awards was held at the Montego Bay Convention Centre on October 26, 2014. At the awards dinner, the Montego Bay Convention Centre was ranked as Jamaica’s top convention facility other nominees included the Half Moon and Jamaica Pegasus. The Centre’s win was attributed to its ability to achieve exceptional levels of client satisfaction.

The awards assessment is based on a comprehensive client satisfaction analysis. Surveys were conducted directly with clients to assess the entire convention centre’s experience, evaluating the venue’s spaces, food and beverage, technology, audio visual, and event management process.

“We are delighted to receive the award and this is indeed a moment of great pride for the Montego Bay Convention Centre. With the growing MICE (Meetings, Incentives, Conventions & Exhibitions) tourism sector in Jamaica, this award will further strengthen our efforts to position MBCC and Jamaica as the convention capital of the Caribbean.” said Desmond Malcolm General Manager of the Urban Development Company.

Commenting on the announcement, General Manager of the Montego Bay Convention Centre, Dittie Guise said, “The Hospitality Jamaica Award is one of the most prestigious titles in Jamaica and we are truly honoured to receive this accolade. I am especially pleased that this recognition is based on our clients’ feedback. I want to acknowledge the MBCC team for their tireless efforts in creating truly world-

class customer experiences. We constantly strive to exceed our clients’ expectations and earning this kind of recognition makes all the hard work worthwhile.”

These awards demonstrate our commitment to world-class standards in the management and operation of the Montego Bay Convention Centre.